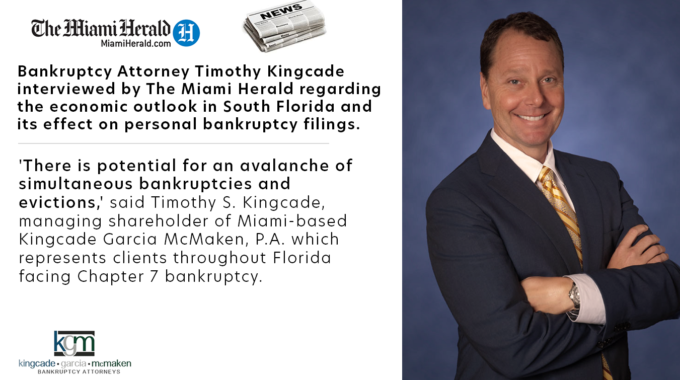 With about one out of every nine Miami-Dade workers — and nearly one out of every six in Broward — still out of a job due to the coronavirus pandemic, a question lingers in South Florida: How long can the region stave off an even worse economic disaster?

After a rough start, Florida’s unemployment system has come online to furnish tens of thousands of local workers with as much as $875 per week in unemployment insurance — the state’s standard $275, plus an extra $600 through the emergency U.S. CARES Act passed in March. But Florida’s unemployment insurance lasts only 12 weeks. And the extra $600 from Congress is set to expire July 31. Greater Miami ranks as one of the hardest hit metros in the country, thanks to its reliance on a tourism industry that has instantly dried up.

1.  Creating a PR & Marketing campaign targeting your firm’s specific needs. The campaign you’re paying for needs to be…

5 Reasons to Hire a Boutique PR Firm versus an Agency

At Pristine PR we pride ourselves in differentiating ourselves from other PR agencies out there. Here are five reasons why…